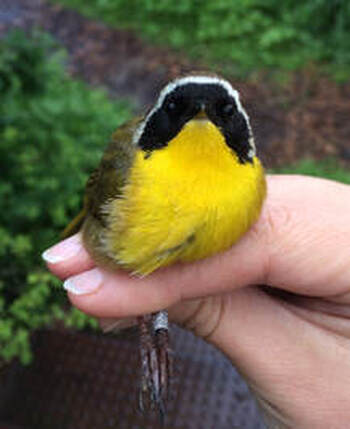 Summary - Animal social behavior—who animals associate with and how often—can shed light on the challenges they face, such as avoiding predators, finding food, and finding a mate. Social behavior is difficult to measure, however, as it requires a lot of time (for observers to watch the animals) or money (to fund technology that can automatically “observe”). While banding birds at CCFS, Dr. Katie LaBarbera noticed that they often caught flocks of birds all together, and wondered whether banding data could provide a glimpse into bird social behavior. LaBarbera and Josh Scullen, SFBBO’s then-Landbird Director, used social network analysis of CCFS’ banding data from 1996-2018 to detect patterns of social association related to age and taxon for the six most-captured species at CCFS. For example, they found that the two subspecies of White-crowned Sparrow associated more often within their own subspecies than with the other subspecies, despite both living in the same wintering area at CCFS. Additional analyses with computer simulations lend confidence that these patterns are reflecting real bird behavior, not simply “noise” in the banding data. The authors hope that this study will encourage more analyses of the social patterns in bird banding data, since bird banding data already exist for many species and over long time periods, providing a great opportunity for insights into bird social behavior.

Summary - The timing of life events, technically termed “phenology,” is one of the main things that scientists expect to shift as large-scale changes, such as those caused by climate change, affect the world. The timing of bird migration is extremely important to the health of migratory species, because a mis-timed migration can mean arriving to the breeding grounds too late to catch the burst of spring caterpillars that chicks need to grow big, or getting caught in a deadly snowstorm. Gina Barton and Dr. Brett Sandercock looked at CCFS banding records for five migrant species from 1987-2008 and found that all of them had shifted their migration timing, but that these shifts varied among species, with some species shifting to a longer migration period while others’ migration periods were compressed. They also found that regional climatic conditions like El Niño affected migration timing in short-distance migrants more than in long-distance migrants. Studies such as this one depend upon long-term datasets like the one at CCFS. 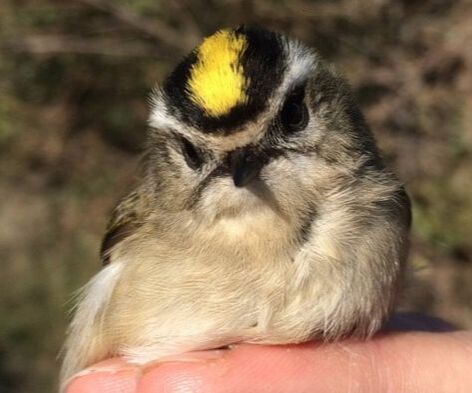 Summary - Dr. Erica Spotswood and colleagues used data from 22 banding stations, including CCFS, to ask: how safe is mist netting for the birds? They looked at the frequency of injuries and deaths during capture and banding, as well as the survival rates of birds after they were injured. They found that rates of injury and death were extremely low (less than 0.6%), and that injury did not appear to reduce a bird’s chances of survival. They also identified differences in species’ susceptibility to different injuries. Knowledge of these patterns can help banders prepare for and reduce the chances of these injuries. However, the data in this study reflect conditions at only some banding stations: the authors contacted 70 banding organizations, and only 22 (including CCFS) provided data. We urge all banding stations to avoid complacency and always look for new ways to keep birds safer.

Researchers used CCFS data from 1983-2009 as well as data from the Palomarin banding station in Marin Co. from 1971-2010 to investigate whether bird size (body mass and wing length) has been changing over time. After analyzing measurements from 18,052 individual birds from CCFS and 14,735 individual birds from Palomarin, they found that wing length has been steadily increasing over time at a rate of approximately 0.05% per year. Body mass was more variable among species and seasons, but generally also increased. These results are opposite to those observed in Pennsylvania birds, which have decreased in size over time. Taken together, these patterns suggest that birds are changing in size over time, but that the drivers of that change probably vary geographically. The researchers suggest that while birds in Pennsylvania may be shrinking for better temperature regulation in a warming climate (a relationship known among ecologists as “Bergmann’s Rule”), California birds may be growing in size to better handle the increasing variability brought about by climate change. 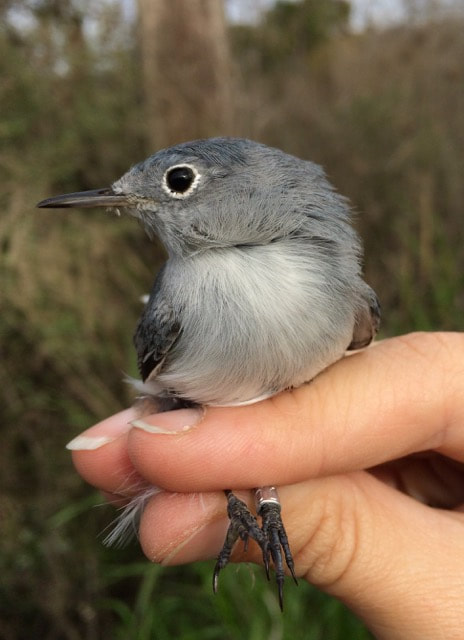 Summary - The authors used CCFS data from 1985-1997 to estimate survival rates of wintering sparrows. They studied “local survival,” meaning that their survival rate is a combination of true survival and of site fidelity: a bird that is alive but has traveled somewhere else will not be detected at CCFS, and therefore will not be considered to have “survived” in a local-to-CCFS sense. The researchers’ estimated local survival rates ranged from a low of 0.35 (Fox Sparrow) to a high of 0.56 (Song Sparrow). Surprisingly, although migration is thought to be dangerous, they found no relationship between survival rate and migratory behavior or migratory distance.